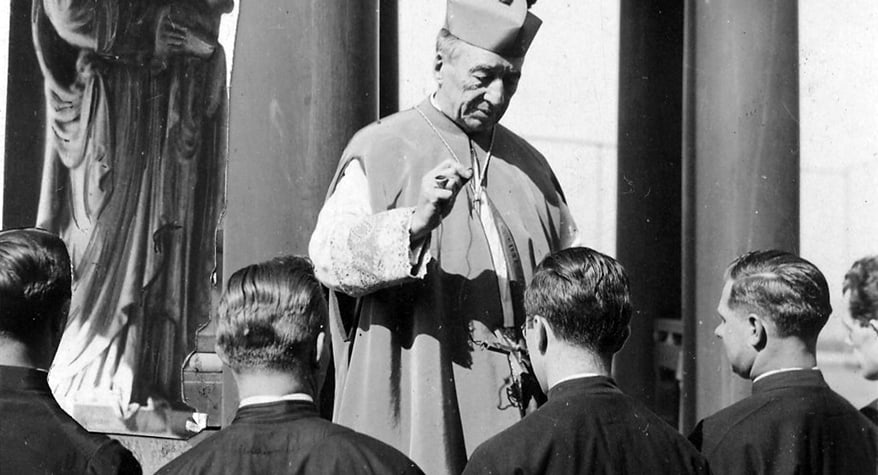 Fathers, Brothers, Sisters and Lay People All Cultivate a Family Atmosphere at Maryknoll. 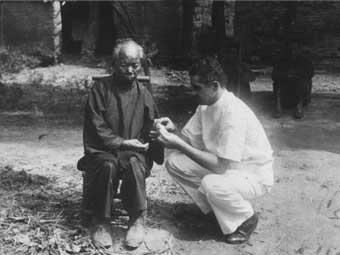 The Catholic Foreign Mission Society of America (CFMSA), known popularly as the Maryknoll Fathers and Brothers, was founded by two U.S. diocesan priests: Fr. James Anthony Walsh of Boston, MA and Fr. Thomas Frederick Price of Raleigh, NC. It was officially recognized on June 29, 1911. The CFMSA was founded at a time when the Catholic Church in the U.S. had still been primarily receiving missionaries from Europe, particularly Ireland, Italy and Germany, to work as clergy and religious for the building up of the church in the United States. The sending of missioners from the U.S. Church was seen as a sign of the U.S. Catholic Church finally coming of age. The first Maryknoll priests were missioned to China in 1918 just after the close of World War I. In 1920, construction of the Maryknoll seminary began which was finally completed in the 1950s.

From the beginning, “the Ladies of Maryknoll” as they were sometimes called, were an important and integral part of the first Maryknoll mission efforts. They began working as secretaries on the publication of a magazine called “The Field Afar,” which had as its goal to nurture and spread mission awareness among U.S. Catholics. Ms. Mollie Rogers, a 1905 graduate of Smith College, rapidly emerged as the natural leader among these young, committed women. She envisioned women as being missioners in their own right and not merely serving in supportive roles to the men. On February 14, 1920 the Maryknoll Sisters were officially recognized as a religious community with Mother Mary Joseph (Mollie Rogers) as their founding superior. In 1921 the first Maryknoll Sisters were missioned to Hong Kong and China. In 1927 the Maryknoll Sisters acquired land to build their Motherhouse, which they miraculously were able to complete during the Great Depression years.

In 1912, three men joined to serve as members who would commit themselves to the work of the missions as Maryknoll Brothers. Thomas McCann was the first candidate to become a full Brother member of the Maryknoll Society on Nov. 21, 1912. By 1918, Maryknoll had ten men serving as Brothers. They were first called the Brothers of St. Michael and lived in the St. Michael’s residence on the current Maryknoll property. Many of the early Maryknoll Brothers were skilled tradesmen and were responsible for constructing and maintaining a good number of buildings in the missions. Throughout the years, Maryknoll Brothers expanded their specialization to include many other areas of mission service including pastoral ministry.

I became a Maryknoll Missionary Priest and served in Brazil for ten years. Now I am working as a Vocation Minister and have the privilege to invite other young people to join us in this exciting life.  If you think you might be interested in the mission life, feel free to contact us directly