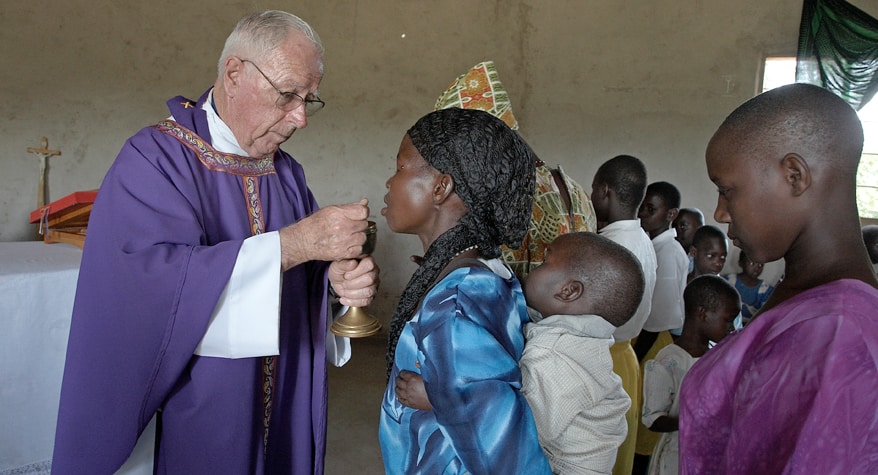 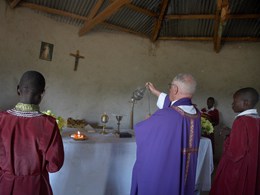 Maryknoll has a tradition of going where no one else goes, and carrying the Gospel into these areas. This includes the mission of Father Edward Schoellmann in the far eastern part of Tanzania’s Shinyanga Diocese.

This remote area doesn’t get much attention from the outside world. Resources are limited, and distances are great. So the diocese serves the faithful through a network of parish-run outstations. This is where Father Schoellmann often celebrates Mass.

“With the population in Bukundi growing each year,” said Father Schoellmann, “we had another idea. Why not build a church for a new parish and bring families together right where they live?

“Right now we’re in the construction phase,” added Father Schoellmann. “We’ll have a good size area for Mass and the sacraments, plus classroom space for Sunday school and adult education as well as parish meetings.”

The response from the people of Bukundi has been very generous. One worker, Peter, leads morning prayers each day and sings at Sunday Mass. A woman, Devota, comes every morning, too, handling little jobs without pay. Another 10-15 people are at the construction site without fail and do whatever they can to build this parish church.

With progress on the building, “we are already thinking ahead,” said Father Schoellmann. “The bishops of Tanzania don’t assign Religious Congregations to a parish unless there is a rectory. So, once the church is completed, we plan to build a residence for priests. And we’ll try to start a convent, too. That’s our dream—to have a parish home open to all where Christ’s love heals us, and new generations of Catholics will lead the Church into the future.” 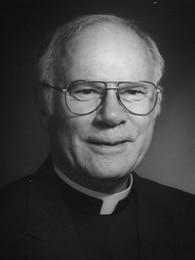 From the dusty roads of Bukundi, Tanzania, Father Schoellmann may seem far away from everyday life in the U.S. But, he is connected to all here in the two ways that matter most. One is through prayer. The other is through mission.