Episode 31. Brother Ryan Thibert, How is God leading us in this moment? 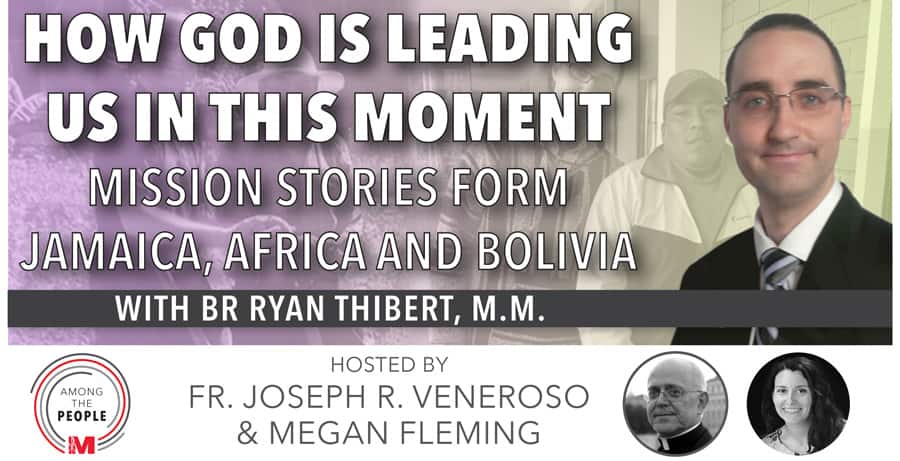 Although Br. Ryan recently took his permanent oath to a life of service with the Maryknoll Fathers and Brothers, he has already had a substantial amount of experience as a missioner. With life changing experiences situations in Jamaica and Bolivia, Br. Ryan learned early in his mission experience that ‘being present’ for those most in need has helped not only those he serves, but also himself during the most difficult times in mission.

Brother Ryan Thibert acknowledges that he felt an attraction to religious life growing up in a strong Catholic family. He sought direction from his parish priest, who knew Maryknoll and thought it might be a good fit for his mission-oriented parishioner.

Brother Ryan Thibert is a native of Ontario, Canada. He was born a minute after his twin brother, Aaron, and four years after their sister, Jennifer. He credits his parents, Larry and Rox-Ann Thibert, for his love of service because of their unconditional love.

Having met Society members like Brother Robert Butsch has helped Ryan. He says it is by witnessing how passionate they are about their work and seeing how the Holy Spirit seem to work through them inspired him. He became aware that he can use his own educational background and artistic talent to help people be the best they can be.

“I realize that it is in living for others through Christ where I feel truly happy and at peace.” ~ Brother Ryan Thibert, M.M.

A short-term mission trip to Jamaica with three other prospective Maryknoll candidates sealed his decision. Working at the Blessed Sacrament Orphanage in Montego Bay, and remembering the Franciscan brother who had come to console his family when his grandfather died made him realize that being present, giving life to those who need love is the essence of the brother’s vocation. That is what he felt the Holy Spirit was calling him to do. So in 2011, he decided to join the Maryknoll Brothers’ formation program.

He completed his undergraduate degree in art at St. Xavier University in Chicago all the while deepening his spirituality through prayer and theological studies.

He underwent his overseas training program in Cochabamba, Bolivia, where young missioners are immersed in language study and life in another culture as well as various pastoral works as they continue to discern their call to cross-cultural mission. He will return to Latin America where he has been assigned to work in mission.

“Go where you are needed but not wanted, and stay until you are wanted but not needed.”
– Bishop James E. Walsh, M.M.
First Maryknoll Bishop
Learn More
Share This