Living and Dying for One’s Faith, Journey of Faith 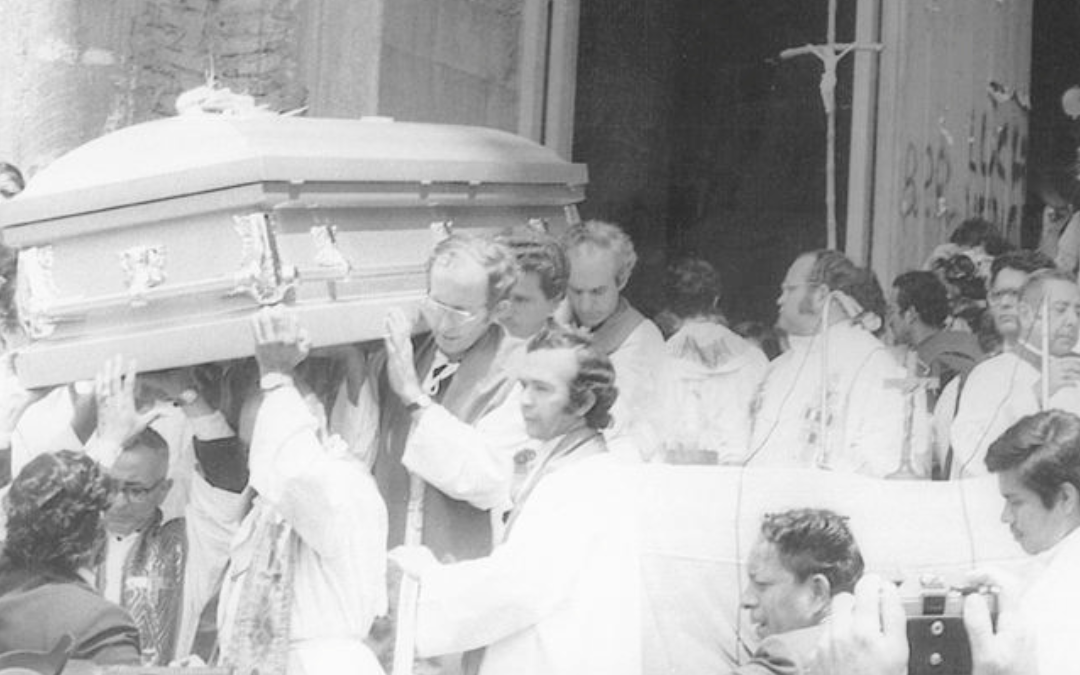 Today’s first reading narrates the inspirational story of seven martyr brothers and their brave mother who endured a fierce religious persecution from the pagan Seleucid kings two centuries before the birth of Christ.  They remained faithful to their monotheistic religion; they noted that it was their choice “to die at the hands of men with the hope God gives of being raised up by him.”  This is an early expression of “resurrection faith,” a central theme of today’s Gospel.

Have you ever asked yourself: Would I be willing to die for my faith in Christ?  Probably, we will never have to face this choice.  A more realistic question is: How can I truly live my faith commitment on a daily basis?  If we practice our faith well, serving our needy brothers and sisters, then a faith-filled death will almost naturally follow.  Here we can draw inspiration from one of the Church’s contemporary saints, Oscar Romero.

Saint Oscar Romero.  As Archbishop of San Salvador in Central America, Romero was assassinated on March 24, 1980 as he was celebrating Mass in the Divine Providence cancer hospital where he lived.  On February 3, 2015 Pope Francis officially declared Romero a martyr of the Catholic faith, the first declared martyr after Vatican II!  He was beatified on May 23, 2015 and canonized on October 14, 2018 (only four years ago)!  Romero was known, respected, and loved as a defender of the poor during one of the most difficult periods in El Salvador (1970s-1980s), during which five priests, numerous catechists, and countless Catholic laity were assassinated.

The living example of Romero is always relevant: “The hope we preach to the poor is in order that dignity be restored to them, and to give them courage to be themselves, the authors of their destiny.….  The Church has not only embodied herself in the world of the poor, giving them hope, but she is firmly committed to their defense.”  Pope Francis never tires of repeating: “I want a Church which is poor and for the poor” (Evangelii Gaudium 198).

Romero’s Faith Vision.  Romero has eloquently expressed his deep faith in Christ and resurrected life after death: “If God accepts the sacrifice of my life, may my death be for the freedom of my people.  A bishop will die, but the Church of God, which is the people, will never perish.  I do not believe in death without resurrection.  If they kill me, I will rise again in the people of El Salvador.”  Undoubtedly, Romero’s words clearly echo the same resurrection faith expressed in today’s scripture readings.

O most merciful God of life and love

in each generation you raise up saints

who show us in various ways how to live

their faith in our ever-changing world.

By their example give us courage

to live our faith daily in the face of failures,

opposition and even persecution asking

only that our small sacrifices may

give glory to you as we witness to your truth.

In this month of all souls, as we pray for

All the faithful departed, may they, in turn

intercede for us who still struggle here below.

We pray, too, for all those who have died,

especially for the souls of those who have

no one to prayer for them.

Grant them Eternal peace and joy in your presence

as we enter into the communion of saints

and the community of all souls.

grant me the grace to live the gospel

in small things no less than great,

in hours of sadness no less than joy

and in disappointments no less

than triumphs and success

that whatever I say or do

may be for your glory

through Christ our Lord.