Mercy: The Heart of Mission, Journey of Faith 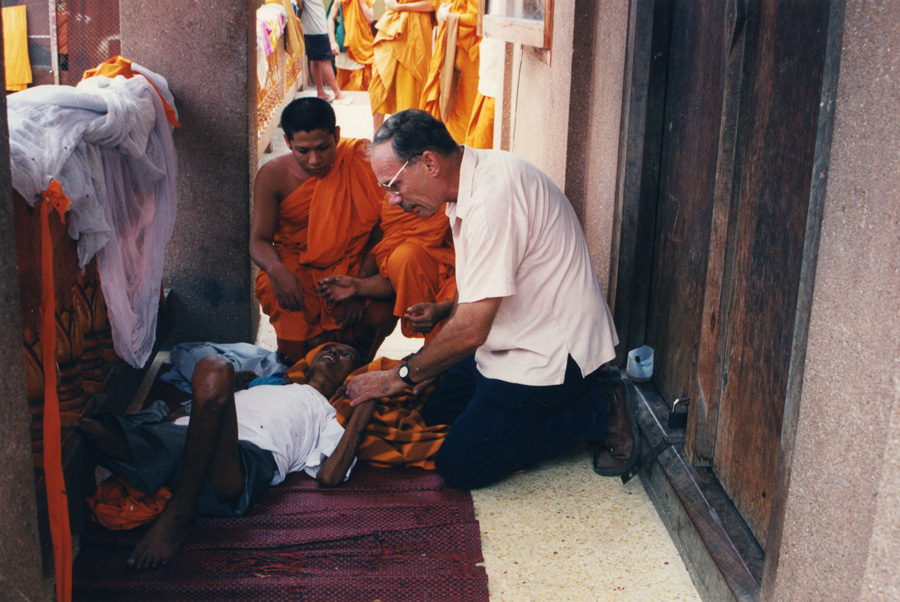 Two of Jesus’ parables are known worldwide by people of all faiths and traditions; they are the parables of the Good Samaritan and the Prodigal Son.  Both narratives speak of the universal value of mercy.  The good Samaritan treated the wounded stranger with mercy and compassion.  The merciful father welcomes his wayward son home with open arms.

Identifying the Samaritans.  In Jesus’ time the Samaritans were greatly despised by the Jews; they were considered infidels, foreigners, and half-breeds.  In particular, the Pharisees looked down upon the Samaritans as “second-class,” having a “false religion,” and “lacking faith in the true God.”  Why?  Samaritans were of mixed blood; they intermarried with the Assyrians who conquered the Northern Kingdom of Israel in 732 BC.  They did not go to the temple in Jerusalem to worship; they prayed at Mount Gerazim.  They were not “pure” Jews.

Surprising Models of Virtue.  A careful look at the Gospels shows us that three times Jesus made Samaritans “models of virtue.”  Jesus’ words would shock the ears of many Jews.  When Jesus cured the ten lepers of their dreaded disease, only one came back to thank Jesus.  The “grateful leper” was a Samaritan (Lk 17:15-19).  Jesus engaged the “Samaritan woman at the well” (Jn 4:1-42); he praised her journey of faith.

The “good Samaritan” in today’s gospel (Lk 10:25-37) saw the wounded stranger on the roadside; he stopped, dressed his wounds, took him to an inn, and paid for the expenses.  Concluding the narrative story, Jesus asks: “Who proved himself to be neighbor to the robbers’ victim?”  The Jewish scholar of the law, not even wishing to say the word Samaritan, says: “The one who treated him with mercy.”  Jesus’ conclusion is simple and direct: “Go and do likewise.”

Insights from Pope Francis.  In 2015 Francis authored Misericordiae Vultus (The Face of Mercy) and proclaimed a “Year of Mercy” to commemorate the fiftieth anniversary of the conclusion of Vatican II (1965-2015).  Francis says: “We need constantly to contemplate the mystery of mercy.  It is a wellspring of joy, serenity, and peace….  Mercy [is] the bridge that connects God and man” (2).

Pope Francis continues: “In Jesus of Nazareth, mercy has become living and visible….  The signs he works, especially in the face of sinners, the poor, the marginalized, the sick, and the suffering, are all meant to teach mercy” (8).  “The Church is commissioned to announce the mercy of God, the beating heart of the Gospel….  Wherever there are Christians, everyone should find an oasis of mercy” (12).

A Foundational Mission Value.  Succinctly stated, mission means “living-in-mercy.”  A missioner’s life is replete with experiences of mercy—both given and received.  Mercy addresses various kinds of human suffering.  Practicing mercy is challenging; its demands are often inconvenient and unpredictable.  Living a merciful life means not only giving things, but giving ourselves.  We prayer for the merciful heart and eyes of Jesus and his mother Mary.

Prayer for the 15th Sunday in Ordinary Time

God of mercy, who entered into human chaos

to be with us in our misery, hear us

especially in our darkest hour and greatest need.

You deigned to become one of us

with us and like us that we in turn

Your mercy reaches into the deepest

darkness of the human heart

and scatters the gloom of mind and

memories that keep us from living

life to the full.

We kneel at the throne of your mercy

Lord God and most merciful Savior.

Lift the yoke laying heavily on our hearts

and let rays of your irrepressible grace

flow from your wounds borne out of love

for us wayward sinners and wash clean

our souls that we in turn might be merciful to all we meet.