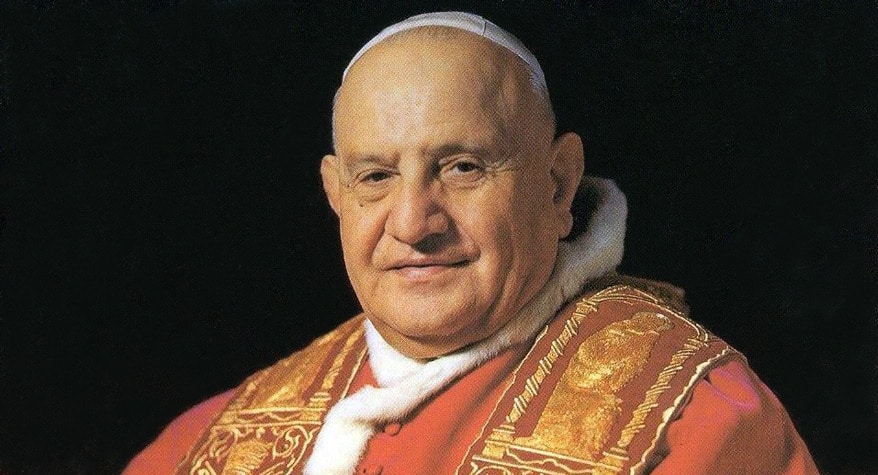 The canonization of Pope John XXIII and Pope John Paul II has Catholics from all walks of life reflecting on the many ways these missionary saints influenced and promoted a global church.

In the Maryknoll Society, all the priests and Brothers, including Superior General Father Edward M. Dougherty, M.M. and Brother Wayne Fitzpatrick, M.M. have been sharing their personal remembrances of growing up in and serving the church under the leadership of the latest Catholic saints.

Brother Wayne benefitted from the fruits of the Second Vatican Council, and he called Pope John XXIII a ‘holy individual’ and a ‘missionary pope.’

“Pope John XXIII called all of us out of our small local parochial structures to serve our brothers and sisters around the world,” said Brother Wayne. “He said that as a mature church we need to ‘open the windows’ to let the Spirit in.”

Father Dougherty was a young child when Pope John XXIII became pope, but he said that the pope was very influential in his life as a practicing Catholic and as a priest.

“He was a courageous man, inspired by the Holy Spirit to bring the Church into the modern world, by convening the Second Vatican Council,” said Father Dougherty.

During the Second Vatican Council, Pope John XXIII called on the church to be a ‘loving mother’ to all and from that time forward the most visible impact for worshipers in the pews was the liturgy now could be celebrated in native languages. He promoted interfaith dialogue and honed in on the concept of ‘going out’ from the comfort zone to share the Gospel.

“As many Catholics recall, the liturgy used to be celebrated in Latin, Following Vatican II, I was happy to be able to participate in the liturgy in my own native language,” added Father Dougherty.

“Many of the documents from Vatican II,” said Brother Wayne, “reflect and affirm the life and mission of Maryknoll.” The concepts out of Vatican II mirror the life of Maryknoll missioners who live out the Gospel everyday side by side serving the most vulnerable people in communities around the world.

New Directions For The Church 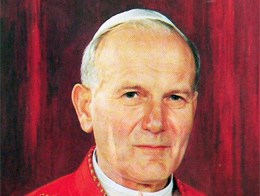 Pope John Paul II was the leader of the church for more than 25 years. As a participant in the gathering of the Second Vatican Council, he and Pope John XXIII are forever linked as moving the Catholic Church in new directions.

During his papacy, Pope John Paul II made 104 trips outside of Italy, meeting with political figures, heads of state, Christians and people of all faiths around the world.

Father Dougherty, who was serving in mission in Africa, had the honor of meeting Pope John Paul during one of those trips.

“In my opinion, Pope John Paul II succeeded in presenting the global face of the church,” said Father Dougherty, who recalled asking Pope John Paul if he had any words for missionaries in Africa. “I will always remember his deep, strong voice bestowing a blessing on the missionaries in Africa and saying how grateful he is for the missions’ ‘tremendous’ efforts to share the Gospel.”

In Africa, Pope John Paul referred to the local church as a mission all in itself.

“Here was the pope affirming not only missioners’ work of evangelization but also the faith of the people in receiving it and handing it on,” added Father Dougherty.

“Pope John Paul II had an upbringing of struggle, oppression and persecution,” said Brother Wayne, “which are plights of the poor around the world, a Maryknoll refrain for the missions where we serve.”

Brother Wayne also recalled the many ways Pope John Paul II continued to spread the message of a mission church that had been promoted by Pope John XXIII and that was a significant component of Vatican II.

“In one of his [John Paul II] encyclicals, Redemptoris Missio, The Mission of the Redeemer, he talks about mission and that every case of mission must be lived out in charity and love,” said Brother Wayne. “John Paul II is saying that love has been and remains the driving force of mission.”

At this moment of celebration as Catholics look back at the times and contributions of Pope John XXIII and Pope John Paul II to the church and world, it is evident that both men encouraged a global church of mission that is driven by love, charity and compassion for all. The Maryknoll Fathers and Brothers continue their active role as part of the church in mission by bestowing love, providing charity and showing compassion to those they serve around the world.

“As a missionary church we must be willing to receive from others as well as share our gifts,” concluded Brother Wayne, who added that Maryknoll now has two new missionary saints, John XXIII and John Paul II, to pray to and depend upon for their intercession.