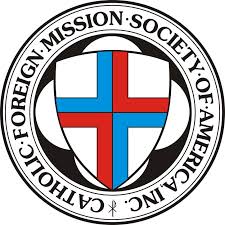 Please remember in your prayers the repose of the soul of Rev. Philip F. Sheerin, M.M. who passed away on November 15, 2022, in the Assisted Living Unit at Maryknoll, New York. Father Sheerin was 93 years old and a Maryknoll priest for 67 years. 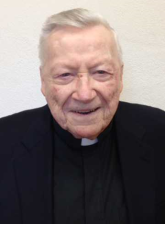 Father Philip F. Sheerin died on November 15, 2022 in the Assisted Living Unit at Maryknoll, New York. He was 93 years old and a Maryknoll priest for 67 years.

Philip Francis Sheerin was born November 18, 1928, in Jackson Heights, New York, to Philip A. and Frances Lowery Sheerin. He had one brother who is now deceased. He attended St. Joan of Arc Grade School in Jackson Heights, New York and St. Ann’s Academy High School in New York City. He earned a Bachelor of Arts degree in English from St. Peter’s College, Jersey City, New Jersey, before entering Maryknoll in 1950.

After his ordination on June 11, 1955, Father Sheerin was assigned to Maswa-Shinyanga, Tanganyika, Africa. Following language study he served as pastor of Gula Mission, Tanzania. In 1959 he was named Director of the Maryknoll Language School in Shinyanga, teaching Sukuma language to newly arrived missioners. From 1962 to 1963, he served as pastor of Buhangija Mission, and from 1964 through December 1978 he was Director of the Maryknoll Language School in Musoma, Tanzania. While working in that capacity he translated the first Christian catechism for the Basakuma tribe. The book was especially adapted to explain Christian belief in terms of history, folklore and religious ideas of tribes in Southern and East Africa. In reflecting upon his years in mission in Tanzania, Father Sheerin said that he found tremendous value and growth in cross-cultural work, and that learning and appreciating the customs, values and strong family ties of the African people was a high point of his mission career.

Father Sheerin returned to the United States for health reasons in 1978. In 1980 he was assigned to the United States Region and appointed Director of the Maryknoll Residence in Los Altos, California. He continued as Director until 1989. From September 1989 until June 1996 Father Sheerin lived and worked at St. Simon’s Church in Los Altos, California as parochial vicar. He said that this was a very happy time and he enjoyed the work and interacting with the parishioners.

Father Sheerin joined the Special Society Unit in June 1996 and moved back to the Maryknoll Residence in Los Altos, this time as a retiree. In 2001 when the SSU was eliminated, Father Sheerin joined the newly created Retirement Community (now the Senior Missioner Community). He continued to reside at Los Altos until the spring of 2022, when he moved to the Society Center at Maryknoll, New York.

Wake services were held on November 28, 2022 in the Holy Spirit Chapel and the Queen of Apostles Chapel at the Maryknoll Society Center. Mass of Christian Burial followed at 11:00 a.m. and was concelebrated in the Queen of Apostles Chapel. Father Edward Dougherty was the Celebrant and homilist. Father Edward Davis read the biography and Father Michael Callanan read the Oath. According to his wishes, Father Sheerin was cremated after the funeral and his ashes were interred in Gate of Heaven Cemetery in Los Altos, California.

Each Maryknoll priest is requested to offer Mass for the repose of the soul of Father Sheerin; all Maryknollers are requested to remember him in their private and public prayers.