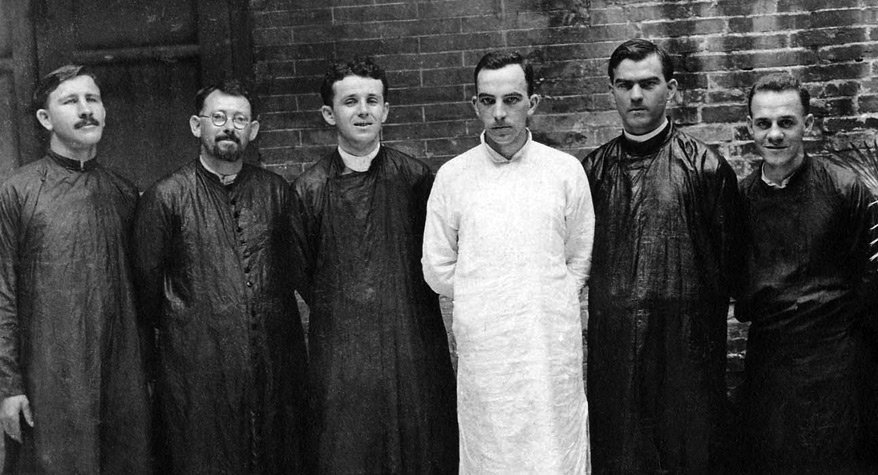 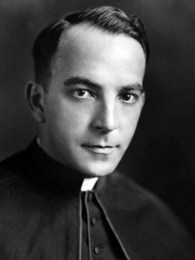 “We must love before we can truly value an alien culture,” Bishop Francis Xavier Ford, M.M.

Ford was the first Maryknoll seminarian. He was one of three Maryknoll priests, along with co-founder Father Thomas F. Price, who were sent on the first overseas mission for the U.S. church. They departed for China on September 8, 1918.

Ford was born on January 11, 1892 in Brooklyn, New York, to Austin and Elizabeth Ford. He was baptized with the name Francis Xavier after the great Jesuit missioner who brought Catholicism to Japan during 1594. He seemed destined for a life in mission.

Francis Xavier Ford was 20 when he learned that two U.S. priests, Father James Anthony Walsh and Father Price, were seeking students for the new foreign mission society they had formed during 1911. He applied and became the first priesthood candidate of the Catholic Foreign Mission Society of America that now is known as the Maryknoll Fathers and Brothers. 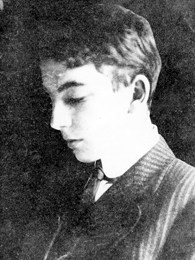 A Life Of Mission In China

Ordained only a year before his arrival in China, Father Ford and his companions quickly discovered that mission work would require all of their spiritual strengths and abilities to cultivate human relationships across cultural differences.

Ford spent his first seven years in Yeungkong. During 1925, he went to serve in mission in Kaying, and for the next 27 years his leadership was crucial to the development of Christian communities in that part of China. Pope Pius XI, during 1935, named him the first bishop of Kaying.

Bishop Ford experienced mission as more than just building structures. He understood the essence of mission as building person-to-person relationships. The one structure he did create was a seminary for the education and training of young Chinese priests. 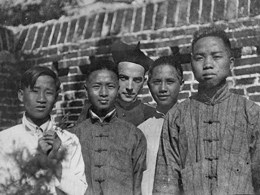 During his work in China, Bishop Ford developed a fondness for the people and he adopted their culture. Through his homilies and mediations, Bishop Ford drew on inspirations from the liturgical year and the rhythms, or seasons, of life in China. By April 1951, the Kaying Diocese had 19 Chinese priests and 26 Chinese Sisters to serve 23,000 Catholics.

The establishment of political factions and the presence of violence in China created an uneasy way of life for Maryknoll missioners. When Japan began its attacks on China, Bishop Ford’s Kaying area was bombed. The situation became more dangerous for U.S. missioners after the December 1941 attack on Pearl Harbor.

During the war and subsequent civil unrest, Bishop Ford shared a hope for a unified China. He urged Maryknoll and other missioners to assume civil responsibilities and to exercise their faith by standing by their Chinese brothers and sisters. The internal conflict between the Communist and Nationalist forces in China eventually exploded with the Communist party seizing power during May 1949. At the time, it was clear that Bishop Ford and other Maryknollers were viewed as agents of American imperialism. 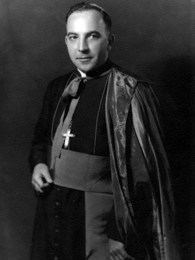 Chinese officials soon began closing churches and parish houses. When the Unites States entered into war with North Korea, tensions grew and Bishop Ford was prohibited from participating in activities outside of Kaying. The first Maryknoll priests and Sisters were arrested and deported during December 1950.

Shortly after that, Bishop Ford was investigated and interrogated for four months. Arrested during April 1951, he was taken to Kaying municipal court and found guilty of espionage. Bishop Ford was sentenced to indefinite imprisonment in the provincial prison in Canton, China. His health declined rapidly and he died less than a year later.

As Maryknoll’s first seminarian, Bishop Ford, along with his companions and Maryknoll’s co-founders, established the ground work for future Maryknoll missioners and their overseas assignments. From those early days of a few missioners in China, the essence for becoming one with the people they serve now has been carried by more than 2,000 Fathers and Brothers to 45 countries. In mission for more than 100 years, Maryknoll has touched hundreds of thousands of people from all cultures, creeds and economic situations.

The simple ability to love and to value other people and cultures all began with the life and mission work of Maryknoll’s first seminarian – Bishop Francis X. Ford.