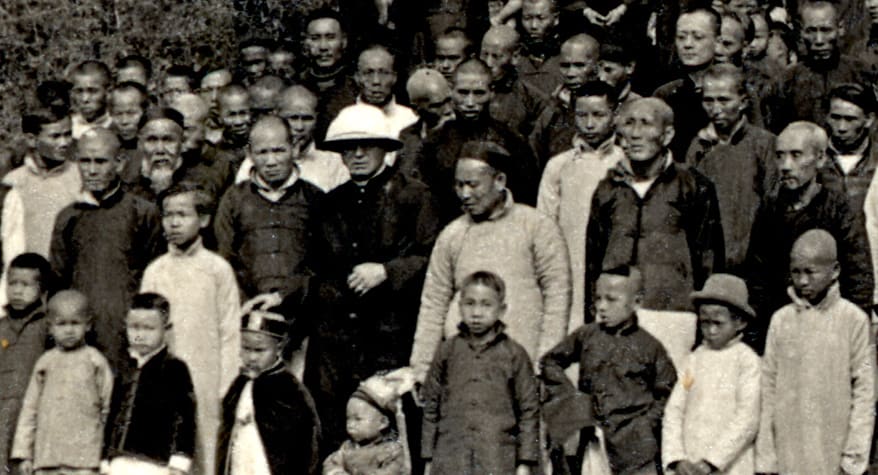 The cause for beatification of Maryknoll Fathers and Brothers co-founder Father Thomas F. Price opened in the Diocese of Raleigh, North Carolina, with a prayer service at Raleigh’s Sacred Heart Cathedral on Friday, March 9, 2012. 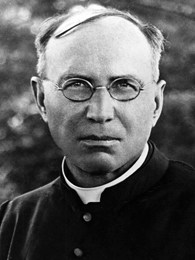 Others in attendance from Maryknoll were Fr. Mike Walsh, M.M., as a member of the Historical Commission for the Cause, and employees Maureen Foster, under oath as adjunct notary, and Holly Brown, under oath as copyist.

The official opening of the diocesan phase of the investigation will examine the life of the first native-born North Carolinian to be ordained. The examination will determine if Fr. Price lived a life of “heroic virtue” above and beyond the ordinary practice of Christian virtue.

“Father Price was known by many for his great love of God, his holiness of life, his devotion to the Blessed Virgin Mary and his faithful dedication to priestly ministry,” read a statement from the Diocese of Raleigh.

At the time of Fr. Price’s ordination, about 800 people in the state identified themselves as Catholic. Father Price was committed to converting all residents of North Carolina to Catholicism.

During his formative years, Thomas Price was deeply influenced by priests from his Wilmington parish of St. Thomas. With a religious upbringing that included profound understanding of the deep devotion his mother held for the Blessed Virgin Mary, the young Price soon became attracted to the priesthood.

The aspiring priest applied to St. Charles Seminary at Catonsville, Maryland, and while traveling to the seminary by ship during 1876, he escaped perishing in the shipwreck of the Rebecca Clyde. He always attributed his survival to the intercession of the Blessed Virgin Mary, and his relationship with the Blessed Mother would influence his work for the rest of his life.

Upon graduation from St. Charles during June 1881, the 21-year-old entered St. Mary’s Seminary in Baltimore. Ordained as the first priest from North Carolina on June 20, 1886, Father Price was assigned to missionary work in the eastern section of his native state. 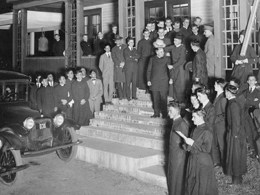 During 1898, Father Price established the Nazareth Orphanage and organized summer catechizing teams of seminarians. He opened a missionary training house at Nazareth that served as a preparatory seminary for the education and formation of missioners for home missions.

Father Price was dedicated to holiness that he pursued through poverty, prayer and extreme asceticism that took a toll on his health. He possessed an unusual zeal for mission, beginning in North Carolina and earning the nickname of “Tar Heel Apostle” and extending throughout the country and finally encircling the globe. Father Price also was the editor and publisher of one of the first evangelizing tools in the U.S., starting Truth magazine during 1897.

The devotion that Fr. Price had for the Virgin Mary was evident in a silver wedding ring that he wore as a sign of his union with her. He even wrote daily letters to her, over 3,000 of which have survived.

To view a video about Father Price, please click here. The video also is available on YouTube.

Bishop Burbidge appointed Fr. James F. Garneau, the pastor of St. Mary of the Angels Catholic Church in Mt. Olive, North Carolina, as his episcopal delegate for Fr. Price’s cause. Fr. Garneau will represent the bishop, receive all testimony about Fr. Price and coordinate the work of the tribunal and commissions.

The investigating tribunal also will include Dr. Andrea Ambrosi, appointed as postulator for the cause by the Vatican Congregation for the Causes of Saints. A historical commission and a theological commission will assist the panel.

The responsibility for Fr. Price’s cause has shifted among several dioceses over a number of decades. His cause originally was introduced in the Archdiocese of Hong Kong, the place of his death while he served on Maryknoll’s first foreign mission. The Vatican approved the cause’s transfer to the Archdiocese of New York during 1992, citing the short time that Fr. Price had spent in China and the abundance of documentation about his life that resided at the Maryknoll Mission Center in Ossining, New York.

Cardinal Angelo Amato, head of the Congregation for the Causes of Saints, recently approved the cause’s transfer to the Diocese of Raleigh. This was completed on the recommendation of Bishop Burbidge and Cardinal Timothy Dolan of New York as they believed that the cause would be best investigated in the diocese where Fr. Price was born and spent most of his life.