The Vocation Story of the Three Magi Narrated Through a Different Route By Fr. Rodrigo Ulloa M.M. 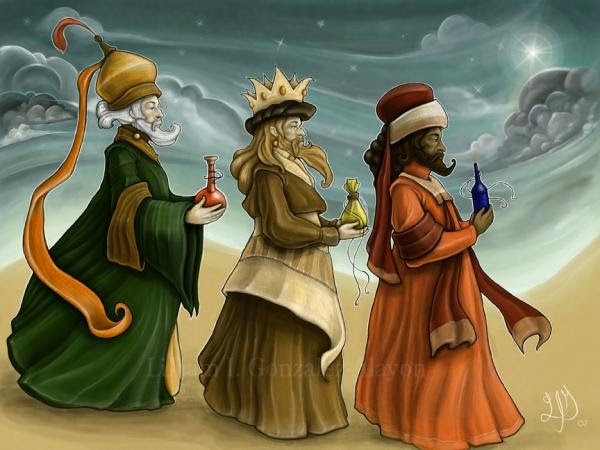 The gospel of Mathew 2:12 recounts an interesting fact, namely that the three magi “returned to their country by a different route.” But what’s missing in this part of the story? The star. The star which guided them into Bethlehem is not with them anymore, the star is gone. Is returning home through a different route without the star a challenge for the three magi? Certainly. What about us: what do we do when our star seems to disappear, especially when we are discerning or contemplating a decision to align our lives to follow Jesus?

he breakthrough in this story lies in the fact that God, who led them through the old route is the same God inviting them now to let go of fear because fear can cause all our stars to disappear. Let go of fear and embrace the new route is the motif that the three magi need to embrace. Perhaps in this New Year God is inviting us to do the same and to trust even more, to make the commitment to follow a missionary vocation to the priesthood or brotherhood. Remember this: God does not push anyone to go where there is no possible road.  The three magi had a choice and they followed the new route. They left fear and trusted in the new road.

Let’s go further. Imagine a third route. We have the old route which they took going to Bethlehem and we have the new route which they have never travelled before. But there’s a third route: return to the manger. Why not see if the holy family can help them with some of their concerns. But the problem is that the manger is empty, there’s no star, neither Joseph nor Mary, no baby Jesus. But this third route is an option. The three magi could have chosen to return to the empty manger to avoid letting go. An empty manger. Think of the apostles in the empty tomb. Don’t stay in empty promises, don’t live around an empty hope. The three magi represent people who are available, who want to see what’s on the other side because how can we know if something is for us if we don’t try it? How can we know if a vocation is for us if we don’t take the leap of faith? The three magi decided to try the new road and the last time we heard of them was when Matthew wrote, “they returned to their country by a different route.” If Jesus is calling you to follow him, think of the three magi and be not afraid to do so.

The prophet Isaiah 57:14 summarizes it well: “Build up, build up, prepare the way, remove every obstacle from my people’s way. I dwell in the high and holy place, and also with those who are contrite and humble in spirit, to revive the spirit of the humble, and to revive the heart of the contrite. Build up, build up, prepare the way.” As we begin this New Year I pray that you take the necessary steps to prepare the way and follow your vocation even if it entails traveling through a different route.

Vocations - Blog | Winter Newsletter
January 19, 2023
Give Where It's
Most Needed