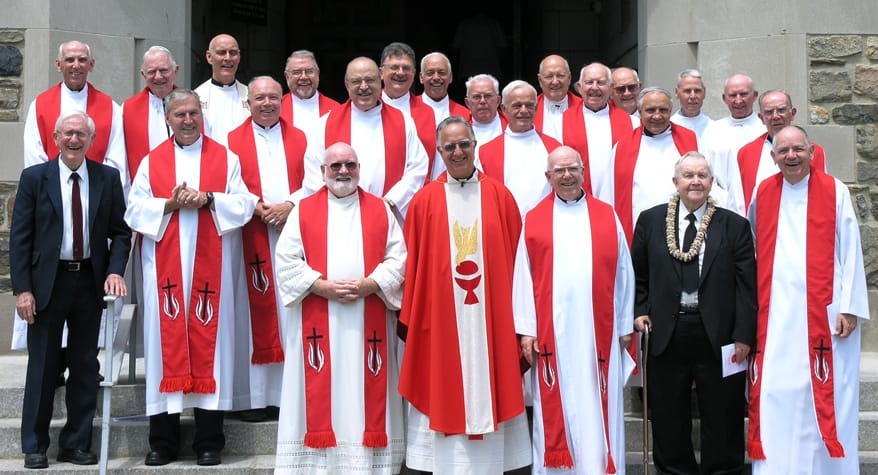 On Sunday, June 29, the Maryknoll Society will commemorate anniversaries of ordination to the priesthood or Final Oath as a Maryknoll Brother for 31 jubilarians. Ceremonies will be held at the Maryknoll Mission Center in Ossining, New York.

END_OF_DOCUMENT_TOKEN_TO_BE_REPLACED 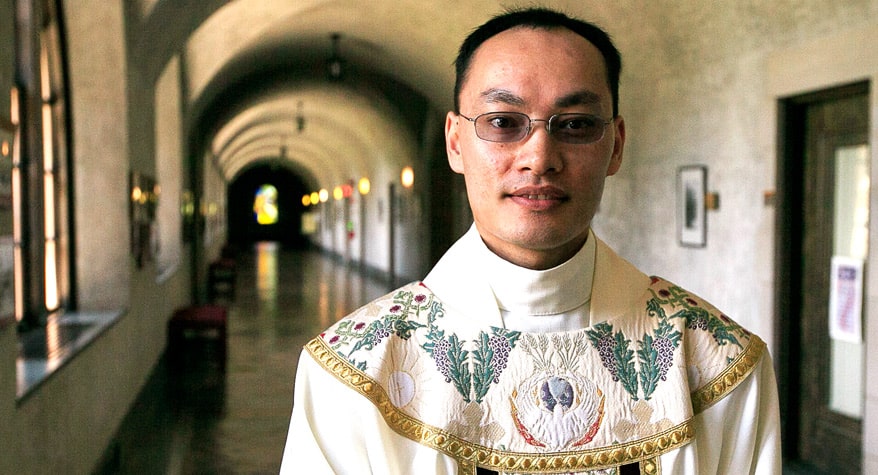 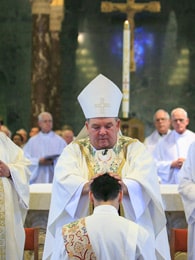 On a mission from God

The young faces gazing out from the old black and white photos were calm but expectant. It was hard for me to imagine what they must have been feeling as they embarked on a difficult and potentially dangerous trip. They would probably never see their family and friends again.

These were not the faces of soldiers, but rather of early Maryknoll missionaries, waiting to board a ship that would take them to their new life of service in a foreign land. Their pictures hang in a display on the history of Maryknoll missions in the group’s headquarters in Ossining, N.Y.

This year the Maryknoll Fathers and Brothers, officially named The Catholic Foreign Mission Society of the United States, are celebrating their 100th anniversary. Among those celebrating are Diocese of Erie natives Father Paul Masson from Rouseville, Father Ed Shellito from Erie and Father Tom Egan from Oil City.

Much has changed about mission life over the past century. Travel to places such as Asia or South America took weeks in the early 20th century. Letters written home could take months to arrive, if they made it at all. Today’s flights enable travelers to reach the most distant destinations quickly, and to make visits home. The Internet can provide daily communication with friends and loved ones.

Early missioners were mostly priests and religious. Today there is a growing trend of lay involvement. Individuals or even families serve in missions through lay organizations such as the Maryknoll Mission Association of the Faithful. Retirees are joining the ranks of missionaries. Volunteers can choose short-term or long-term service.

Of course the basics of mission remain the same. Even though today’s missioners have options that would have seemed like unimaginable luxuries to early missionaries, mission life still requires much dedication, hard work and courage. Mission assignments in areas of political unrest or high criminal activity can be extremely dangerous. The rewards of being the bearer of the “Good News” cannot be measured in monetary terms, but still bring a joy that continues to call the faithful to a life of service.

Maryknoll has served people not only abroad, but also here in the United States by educating us about the lives of our brothers and sisters in Christ throughout the world. My own earliest memories of learning about missionaries include the Maryknoll magazines our catechism teachers gave us. These publications still teach students and adults about mission today.

Congratulations to the Maryknoll Fathers and Brothers on 100 years of amazing service. Along with that go my own personal thanks for introducing me to the work that has become so central in my life.