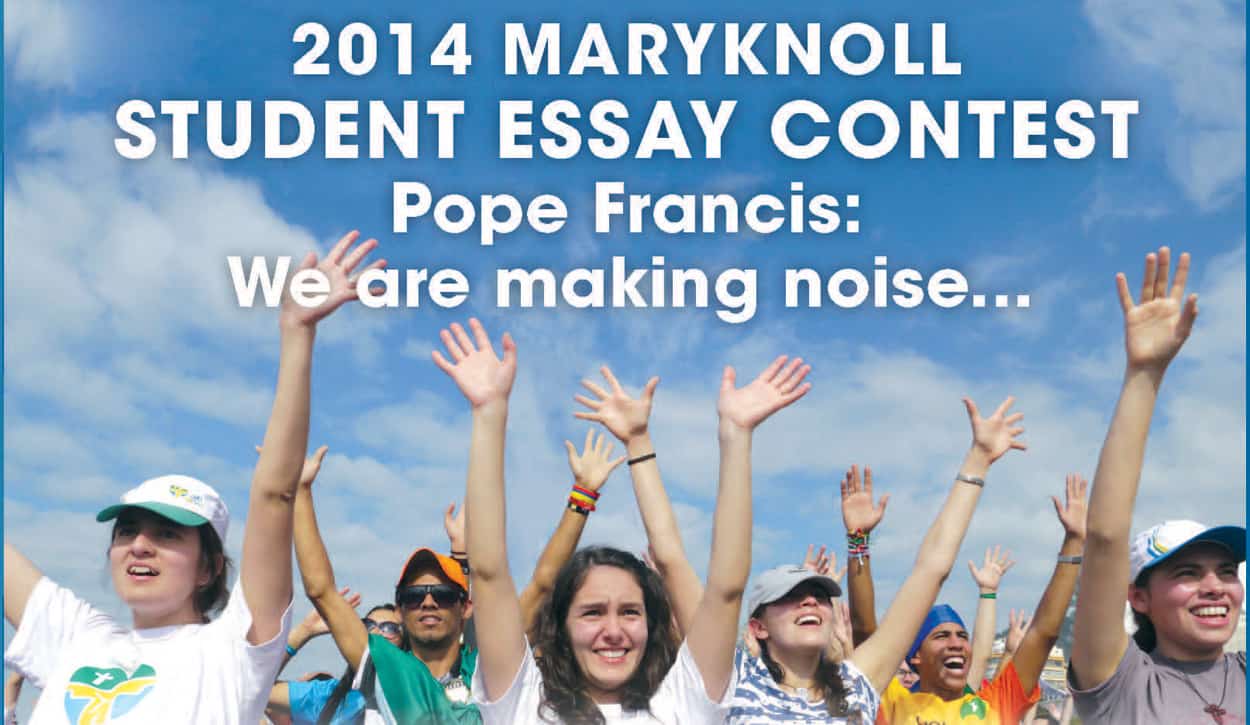 The 2014 essay theme asked students to write a letter to Pope Francis that explains how the student or another young person follows the pope’s personal theme for young people—“Have courage. Go forward. Make noise.” Pope Francis speaks frequently to the world’s youth, whom he considers the “architects of the future.”

In their letters, the students explained the countless projects and programs that they and friends support, and, in many instances, organize, as their opportunities to “make noise” and help others. The activities included assisting fellow students who are facing serious medical issues, reaching out to the elderly in communities and even traveling to other countries to connect with children who struggle daily in poverty.

The panel of more than 50 judges comprised of Maryknoll missioners was astounded and humbled by the variety of examples of serving others presented in the letters written by middle and high school students across the country and from overseas.

“It was a blessing to have a chance to read some of the entries,” said Father Emile Dumas, one of the Maryknoll Fathers and Brothers and Maryknoll Sisters who helped judge the contest. “They inspired me and filled me with hope for our future missionaries.”

The letters written by the first place winners in each category will be published in the May/June 2015 issue of Maryknoll magazine. All winning entries will be published online at www.maryknollsociety.org/winners .

The 2014 Maryknoll Student Essay Contest Awards will be presented to:

Division I (grades six to eight)

First Place ($1,000): The Bishop Francis X. Ford Award is named in honor of the Maryknoll missioner who died in a prison in China during 1952.

First Place ($1,000): The Bishop Patrick J. Byrne Award is named for the Maryknoll missioner who died on a forced march in Korea during 1950.