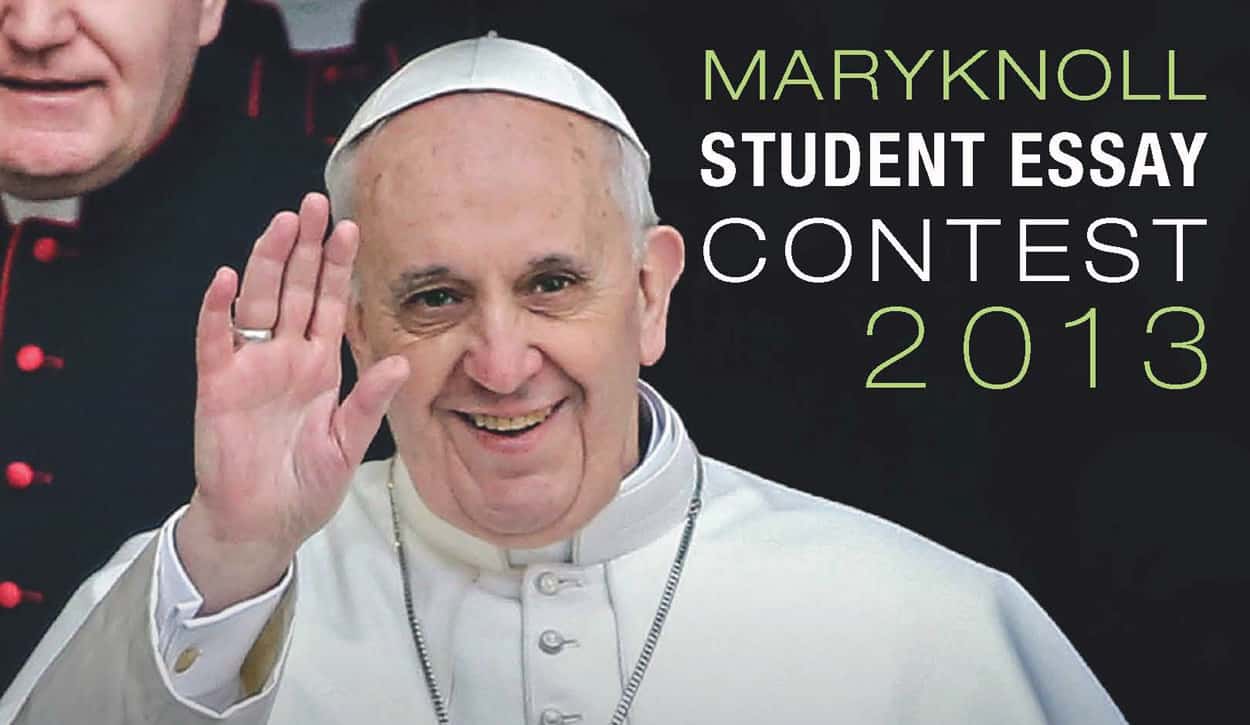 The 2013 theme of The Pope, The Poor AND YOU asked students to consider the call of Pope Francis to follow Jesus in serving the poor and then to explain how they see this occurring, or not occurring, in daily life.

For grades six to eight, 8,973 submissions were received. For grades nine to 12, the number of essays totaled 2,861. Students described service for the poor as ranging from far-reaching and ambitious projects to small acts of daily kindness in which they are involved or have witnessed. The panel of 90 judges comprised of Maryknoll missioners was astounded by the examples of serving the poor that appeared in the essays.

“We were deeply impressed by the efforts of our youth, their teachers, their families and their communities to help people in need,” said Maryknoll’s Sister Mary Ellen Manz, who helped coordinate the judging.

Maryknoll’s Father Ernest Brunelle echoed the sentiments of all judges when he summed up the feelings about all the young essayists. “I think all of you are winners,” he said, “because through this exercise you have begun to see where God is leading you in your journey of faith.”

The essays written by the first place winners in each category will be published in the May/June 2014 issue of Maryknoll magazine. All winning essays will be published online at www.maryknollsociety.org/winners .

The 2013 Maryknoll Student Essay Contest Awards will be presented to:

Division I (grades six to eight)

First Place ($1,000): The Bishop Francis X. Ford Award is named in honor of the Maryknoll priest who died in a prison in China during 1952.

First Place ($1,000): The Bishop Patrick J. Byrne Award is named for the Maryknoll missioner who died on a forced march in Korea during 1950.