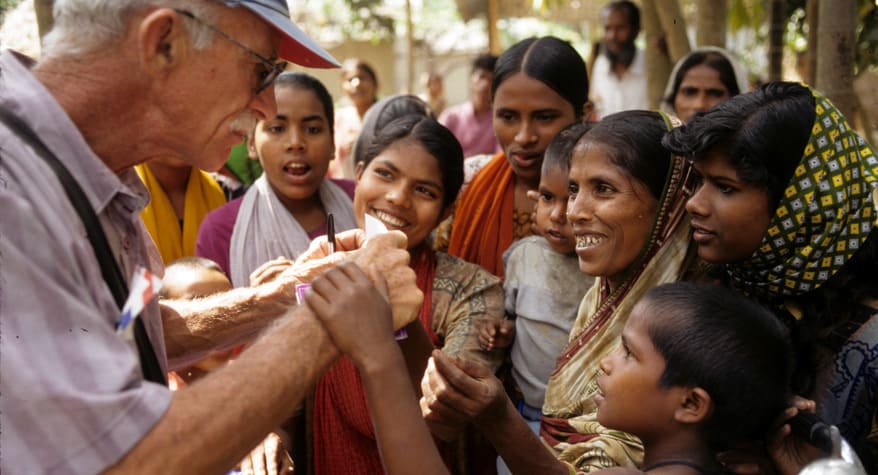 Father Bob McCahill, M.M. recently sent several stories from Bangladesh, where the Goshen, Indiana, native serves in mission. Father McCahill is known as the “Bicycle Disciple,” since he travels the countryside on his bike to serve the sick and the poor. 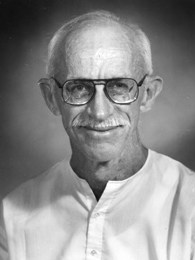 A Child Who Moves The Earth

Skinny, awkward, six years old, Bareek was brought to see me by his skinny, worried mother. A doctor had diagnosed the boy’s cerebral palsy. I pledged to arrange a two weeks-long course of physiotherapy so that mother could learn to help her son.

On that very day, Haroon and I were hauling earth in baskets to lay as a foundation for my new house. Bareek decided to help us. In his family’s cooking shed he found a high-sided rice plate. Working alongside the men, Bareek filled his plate repeatedly, carried it 15 meters in his odd, jerky gait and emptied it wherever Haroon and I emptied our baskets. Bareek labored nonstop as long as we did. Neighbors who observed his voluntary efforts thought, pound for pound, Bareek was the most admirable of all the earth haulers.

Another six-year-old—my bicyle—disappeared one morning from where I had parked it in front of the post office. A positive consequence of my loss was that I began to take more time to meet and converse with people in the town.

One whom I searched for was Rotin, who works in the kitchen of the Das Restaurant making sweetmeats. I had been hoping to encounter Rotin for over a month in order to beg his pardon for my unintentional rude behavior earlier. Rotin readily pardoned me. How refreshing it felt to experience his unhesitating forgiveness.

Bangladeshis observe that I walk fast, and they tease me about it. Without actually racing, I normally out-stride the folks.

However, there is one group I give way to, devout Muslims who are some distance from their neighborhood mosque when the call to prayer sounds. They take off, their faces set for the mosque.

These boys and men do not even observe whom they overtake, for they are answering Allah’s invitation to ritual prayer. One does well not to interfere with that all-important religious duty of the pious.

We were sitting on the cement bench that spans the neighborhood canal when the topic turned, as usual, to religion. Five grown men and a few boys, all Muslims, listened carefully when I claimed to have read a translation of the Quran.

“What did you think of it?” asked one.

“I was glad I had read it,” I replied, “because it helps me understand your Islamic faith better.”

Another put a question to me they all had in their minds: “Was your heart moved by the Quran?”

As tactfully as possible I answered: “The book did not stir me.”

Silence descended on us.

“However,” I continued, “that is to be expected. For I am a Christian, and the Bible nourishes my spirit. You are Muslims; the Quran nourishes you. We have different beliefs, but we are one family. We all belong to Allah.”

Evangelize By Loving The Poor

Every year, a seminarian is with me during one month.

Hilarius was impressed to glimpse how positively Muslims respond to compassion shown to their needy ones by Christians. Those Muslims, by their tolerance for our religion and appreciation for persons who live merciful lives, enable us to evangelize by our love for the poor.