Dining in the Kingdom of God, Journey of Faith 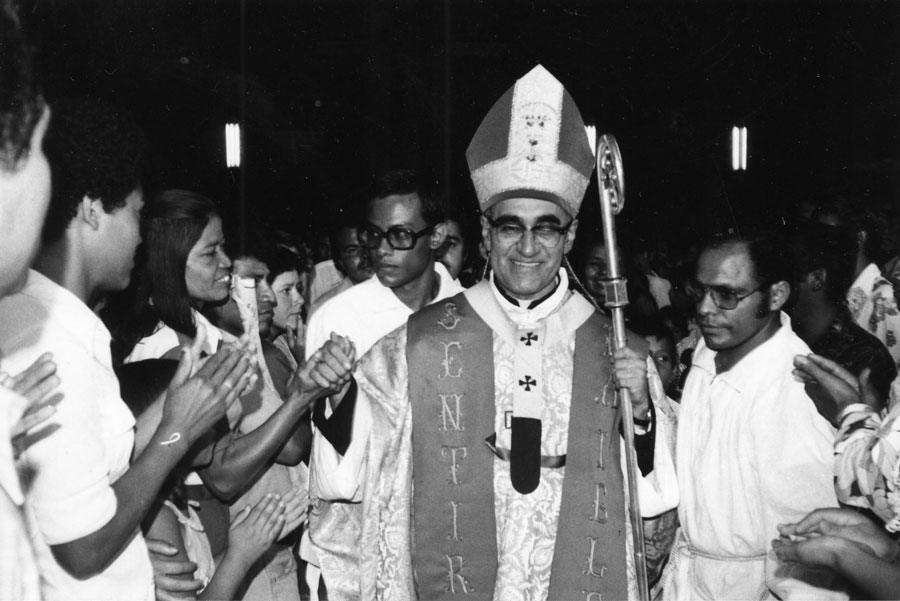 In our Gospel today we hear Jesus using the word “kingdom” twice.  The Gospels reveal that Jesus used this term Kingdom nearly one hundred times; yet, he never defined it, even though it is a central theme in his teachings and parables.  It refers to God’s ultimate victory over all the enemies of humanity: sickness, hatred, greed, jealousy, and even death itself!

Pope Francis in his 2015 Christmas message to the Roman curia quoted a wonderful description of the Kingdom.  Francis asked his listeners to “savor the magnificent prayer, commonly attributed to Blessed Oscar Arnulfo Romero, but pronounced for the first time by Cardinal John Deardon.”  Friends, for your meditation, here is that prayer in full.

“It helps, now and then, to step back and take a long view.  The Kingdom is not only beyond our efforts, it is even beyond our vision.  We accomplish in our lifetime only a tiny fraction of the magnificent enterprise that is God’s work.  Nothing we do is complete, which is a way of saying that the Kingdom always lies beyond us.”

“No statement says all that could be said.  No prayer fully expresses our faith.  No confession brings perfection.  No pastoral visit brings wholeness.  No program accomplishes the Church’s mission.  No set of goals and objectives includes everything.”

“This is what we are about.  We plant the seeds that one day will grow.  We water seeds already planted, knowing that they hold future promise.  We lay foundations that will need further development.  We provide yeast that produces far beyond our capabilities.”

“We cannot do everything, and there is a sense of liberation in realizing that.  This enables us to do something, and to do it very well.  It may be incomplete, but it is a beginning, a step along the way, an opportunity for the Lord’s grace to enter and do the rest.”

“We may never see the end results, but that is the difference between the master builder and the worker.  We are workers, not master builders; ministers, not messiahs.  We are prophets of a future not our own.”

Saint Oscar Romero.  Since Pope Francis mentioned Oscar Romero, I add a brief biographical note about him.  One of the Church’s significant contemporary saints is Romero, the martyred Archbishop of San Salvador in Central America.  He was assassinated on March 24, 1980 as he was celebrating Mass in the chapel of the Divine Providence cancer hospital.

On February 3, 2015 Pope Francis officially declared Romero a martyr of the Catholic faith; he was beatified on May 23, 2015 and canonized on October 14, 2018.  Romero was known, respected, and loved as a defender of the poor during one of the most difficult periods in El Salvador (1970s-1980s), during which five priests, numerous catechists, and countless Catholic laity were assassinated.  Romero authentically lived—and died—for the Kingdom.  I’m sure he, to use Jesus’ words, now “reclines at table in the Kingdom of God.”

Accept, O Lord, God of all,

my small sacrifice, my little contribution,

my insignificant prayer, my daily offering

to the glory of your Name

in service to your kingdom.

As the flower surrenders its fragrance

and the lark her song freely and without reserve

so too do I now offer each breath

each action and each thought

to help build your Kingdom on earth.

Asking in return only to know your love

and grace more abundantly that,

together with all the saints and

of purpose, meaning and joy

as a foretaste of the eternal

Kingdom where you reign