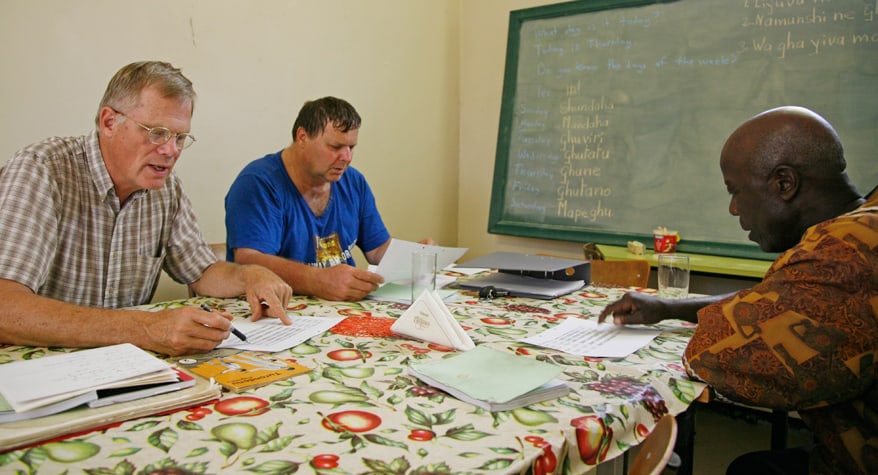 More than 400 men have served as Maryknoll Brothers since the founding of the Maryknoll Society, and each one is associated with unique stories from personal lives and from service to Maryknoll. The following anecdotes feature several of the men who have dedicated their lives to Maryknoll. 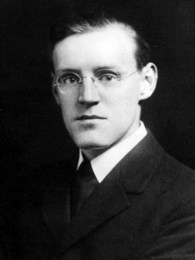 Born on September 1, 1891 in Brooklyn, Brother Thomas McCann arrived at Maryknoll when he was about 20 years old. As one of the first men to join Maryknoll as a Brother at the Society’s first-year home in Hawthorne, New York, Brother Thomas was tasked with a variety of projects to support co-founders Father James A. Walsh and Father Thomas F. Price.

One of his regular assignments was to drive the priests to appointments or to the train station.

One day, after driving Father Walsh to the train station, Brother Thomas purchased two Boston cream pies to satisfy his sweet tooth. He returned to Maryknoll to share them with the secretaries, who held the pies as he left the room to find a knife. 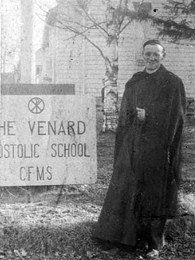 Immediately, a knock on the door revealed the return of Father Walsh in the company of another priest. As Father Walsh had waited for the train to take him to New York City, another from the city pulled in with a visitor on his way to Maryknoll. Father Walsh escorted him back to the residences and the visitor’s first image of Maryknoll was of the ladies holding the pies.

Brother Thomas, according to accounts from the time, beat a hasty retreat through a window.

Another regular assignment for Brother Thomas was to accompany Father Price when the priest presented talks on mission, conducted fundraising, or addressed vocations. Since Brother Thomas was not permitted to stay overnight in parish rectories, he often had to secure a room at a nearby boarding house. Each morning, as they began their trip to the next parish, Brother Thomas always presented Father Price with enough money to pay for his lodging and have a little extra to contribute to Maryknoll.

When asked how he raised the money, Brother Thomas innocently replied that he would look in the local newspapers for death notices or for celebrations occurring in the communities. He would attend the wakes or social gatherings to sing a song or two (he was known to have a beautiful tenor voice). After singing, a spontaneous collection often would be presented to him, and he, in turn, would present that money to Father Price.

Upon learning this, Father Price ended the practice, feeling it was not proper for a Maryknoll Brother to obtain funds in this manner.

Maryknoll’s New York Mission Center in Westchester County has had a working farm on its grounds for the last 10 years. Administered by several priests and volunteers, Our Global Neighborhood Pachamama Farm delivered 26 tons of organically raised produce for local pantries during the last two years. While this is the farm of current memory, it was not the first at Maryknoll.

Brother Xavier Lambe of Fairfax, Vermont, had owned the family dairy farm before he joined Maryknoll during 1916. Along with Brother Aloysius Moliner of Havana, Cuba, who entered Maryknoll the same year, they started the long tradition of Society members working the land on the New York property and in foreign mission to supply a bounty for the tables of those in need.

The dominant structure on Maryknoll’s Westchester property is the 210,000 square-foot Seminary Building. It was constructed at various stages from the 1920s until the late 1950s. Brother Henry Corcoran of New York City literally used his hands to help with construction, and he also placed responsibility for the new building in the hands of others.

Brother Corcoran urged every Maryknoller to gather two rocks each day from the fields on the Maryknoll property and to set them aside for use in the building’s construction. For visitors who were unable to provide a donation to the Society, he suggested that they bring stones along with them as their personal contributions to the new building. 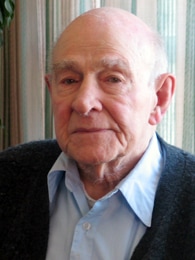 During 2011, Brother Conrad Fleisch from Topeka, Kansas, celebrated his 100th birthday. He is the first Maryknoll Society member to reach the century mark and he did so about six weeks before Maryknoll’s 100th anniversary. Baptized George but taking the name Conrad, his philosophy for a long life is simple.

“I just keep breathing,” he said as he acknowledged that becoming the first Society member to reach 100 could be considered an achievement. “It’s good to be number one in something,” he quipped.

After finishing school, he and a friend opened a grocery store in his home town that they turned into a tavern after Prohibition. It was known as The Dutch Goose. Brother Conrad was ‘Dutch’ due to his German background and his friend, a good athlete, was ‘Goose’ after Goose Goslin, a popular baseball player of the time. The tavern still exists today.

Brother Conrad left the business the day after the Japanese attacked Pearl Harbor. He served with the U.S. Navy as a torpedo man assigned to the Atlantic Theatre aboard a small carrier that tracked the first German wolf pack (submarines). Soon after, he was aboard a destroyer escort in the Pacific. He followed in the footsteps of his forefathers. Relatives on his mother’s side fought with the Marquis de Lafayette during the Revolutionary War and one of them is interred at Valley Forge. His maternal grandfather from Pennsylvania served in the Union Army during the Civil War.

Brother Conrad joined Maryknoll during 1947. While his journey from Kansas to Maryknoll was circuitous and included many stops along the way, he said Maryknoll always was easy to find.

“Being away from home and all the people you know makes you think of what you want to do,” said Brother Conrad. “I remembered the place called Maryknoll from the magazine my mother used to get.”