Children Saved During Years of Genocide in Guatemala 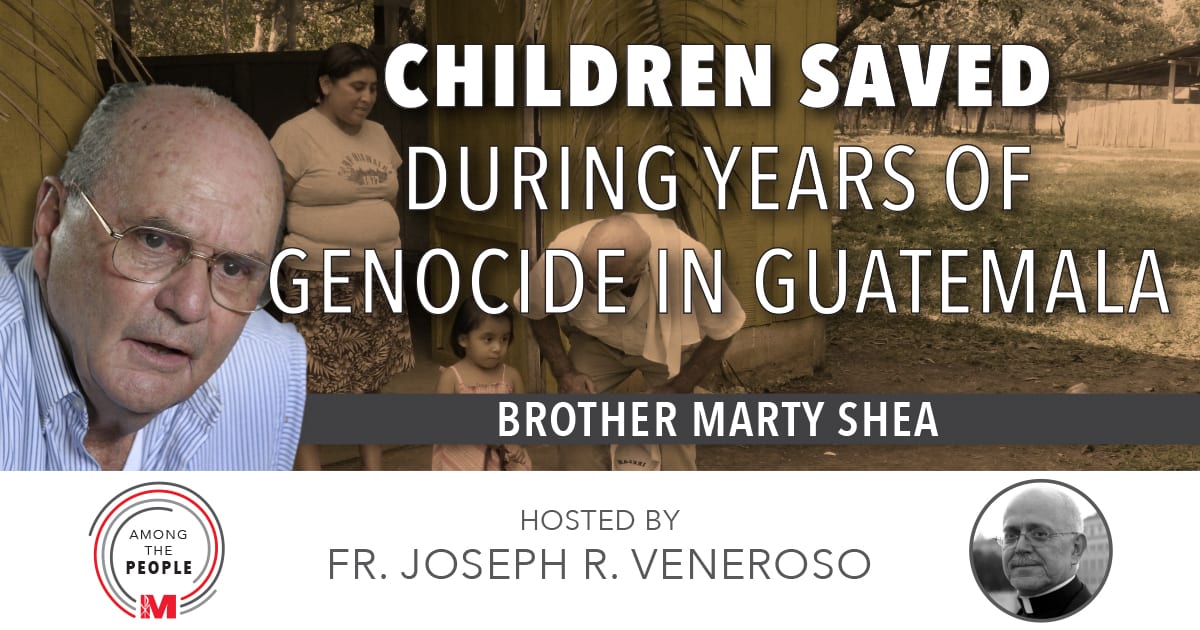 There’s no question that today’s episode of Among the People is going to leave you in awe as we sit down with Maryknoll Brother, Marty Shea.

He’s a missionary from Chicopee Falls, who’s worked with the indigenous poor of Guatemala for over 50 years. His missionary journey since 1985 has taken him through the massacres in the jungles of El Peten to exile in Mexico to return with the people to their homeland in 1998.

In today’s episode, Brother Marty talk’s about his life with the people in Guatemala and in the Mexican refugee camps, and his unique reflections on the refugee crisis that we face in America, Guatemala, Mexico and realities of those refugees.