Pope Francis is a Missionary Pope 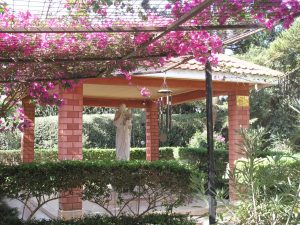 We in Maryknoll admire Pope Francis because he expresses so well what a Maryknoll Missioner is all about, namely service to God’s mission in the world.  He is a missionary pope who says we should “smell like the sheep”.  On Holy Thursday several years ago he said:

“Love and charity, are service, helping others, serving others. There are many people who spend their lives in this way, in the service of others. … When you forget yourself and think of others, this is love! And with the washing of the feet the Lord teaches us to be servants, and above all, servants as He was a servant to us, for every one of us.”

Some see the missionary life as a daunting challenge but we see it simply as service in response to love and God is love.  I had the privilege of meeting St. Mother Teresa of Calcutta on two occasions.  She once said: “Not all of us can do great things. But we can do small things with great love.”  If you admire the missionary vocation but feel you are not worthy to undertake it then take the time to pray over it.  We missioners are just ordinary human beings like you trying to contribute to God’s Mission in this world in whatever small way we can.  St. Mother Teresa expressed it well: “If you can’t feed a hundred people, then feed just one.”

I hope you will enjoy this edition of our Vocations Newsletter and if you feel the call within you, then contact us.  Perhaps we can assist as you look to the future asking yourself: What does God want me to do with my life? 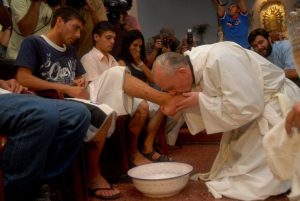 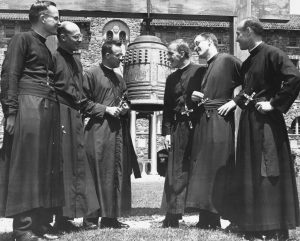 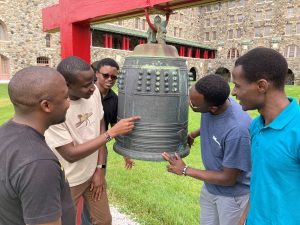 Of Walking Sticks and Wonder – The Apostolic Life By Mr. Greg Darr 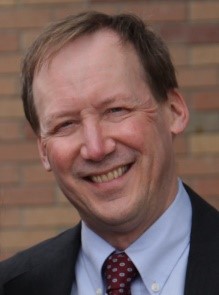 Spiritual author, Fr. Richard Rohr OFM once remarked, “Transformed people transform people.”  It’s the chemical equation of a spiritual life – when one person encounters another through love, a transforming reaction takes place changing both lives, making each more brilliantly transparent to God’s love.  This is the call of the “apostolic life”; it’s the summons of Jesus, “Come, follow me”, through encounter upon encounter with the peoples of our world, especially those who most resemble Christ – the poor, the homeless, the refugee, the despised, the condemned.

Often “apostolic life” is contrasted with “contemplative life”, especially when distinguishing communities of consecrated life in discerning a vocation.

Contemplative communities are commonly characterized by silence, simplicity and prayerful intentionality in work and devotion to God and to one another.  In this way of life, the example of Jesus at prayer, draws us away from the world so as to embrace it more deeply and completely in God’s love.

Apostolic communities, on the other hand, are typically characterized by their action or ministry in the world, generally outside of monasteries.  Members may teach, serve the homeless or poor, minister in healthcare settings or prisons, accompany migrants and refugees, care for Creation, or advance social justice causes among many other ministries.  In this way of life, the teaching and healing ministries of Jesus, and the example of the apostles being sent by Him into the world to do the same, is foremost.

Though drawn to prayer and contemplation in our Maryknoll charism, we nonetheless identify most publicly with our apostolic calling and way of life.  To paraphrase French writer, Émile Zola, if you ask us what we came to do in this world, we will answer: we are here to “live out loud”.  Mission is, for us, prayer lived “out loud” in its subversive actions against the anxieties, animosities and complacencies that fray our bonds with God and one another.

Like other apostolic communities, Maryknollers journey to the margins of societies around the world.  It’s there that God calls us to walk with the poor and broken, to bind wounded bodies and souls, and to call into question those social structures that perpetuate such suffering.  In doing so, we encounter Christ time and again, often in very surprising ways.  And, we are transformed.

Bishop James Edward Walsh, MM, one of Maryknoll’s first missionaries and our second Superior General, wrote movingly of one such encounter with a poor Chinese laborer.

“I saw him in the rice field”, Walsh recalled.  “He stopped working as I approached and leaned on his hoe. The sweat of a hot day under the South China sun glistened on his brow.”  As Walsh looked closer at the young man, he saw however something more – something that was always there that, but for a moment and Walsh’s prayerful openness to it, could have been forever lost to him.  It wasn’t.  Instead, a feeling of profound love welled up within, transforming Walsh and empowering him to exclaim his vocation as a missioner anew:

“’I choose you,’ sang in my heart as I looked at my awkward farmer boy, perfect picture of the underprivileged soul. ‘I choose you, and with you the countless million of God’s children like you… souls impoverished and unendowed, I choose you, and dedicate myself to you. I ask no other privilege but to devote the energies of my soul to such as you. For in this sudden revelation shines an incarnation of my life’s ideal. You are my father and mother my sister and my brother; you hold the center of my dreams.’

Jesus sent His apostles out into the world with nothing more than a walking stick (ref: Mark 6:8) so as to realize, for themselves, the truth of God’s dream for humanity – we are all family.  A walking stick is meaningful though only if you take time to listen to God and the family you walk among – and if you’re open to wonder.

Touched by wonder in his own apostolic walk among the poor of China, Walsh implored:  “Shine on, farmer boy, symbol to me of the thousand million like you who drew the Son of God from heaven to smooth and bless your weary anxieties and your puzzled brows. Come to me often in your barefooted squalor and look at me from out those hopeless and bewildered eyes. Do not let me forget that vision, but stay by me and preside over my dreams. Teach me that souls are people. And remind me everlastingly that they are magnificent people like you.” 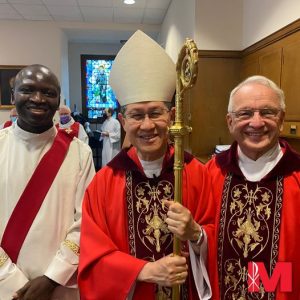 On June 3, 2022 His Eminence Cardinal Luis Antonio Gokim Tagle, Prefect of the Congregation for the Evangelization of Peoples ordained Deacon John Siyumbu to the priesthood. Maryknoll Superior General, Father Lance P. Nadeau, was concelebrant.  During his homily, Cardinal Tagle spoke about John’s future ministry and God’s calling him to priesthood saying “We are all humble collaborators.”  Father Nadeau shared a greeting and message in Swahili with Father John’s family who were watching via live stream from Kenya.

After the Ordination Mass, Father John received his Mission Cross at the Maryknoll Sending Ceremony, and was commissioned to our mission service in Latin America.

Born in Kenya, East Africa, as a young boy, he attended Mass regularly with his family.  He loved celebrating the sacraments and felt the beginnings of a calling at the time of his Confirmation.  As a seminarian during his overseas training in Bolivia, Father John has commented on he grew close to many families and learned so much from them.  Through the celebration of their faith and simple acts of friendship, his own faith was strengthened.

Father John is the first candidate accepted into Maryknoll as a candidate for the priesthood from Kenya.

The First Four Maryknoll Missioners Sent to China In 1918 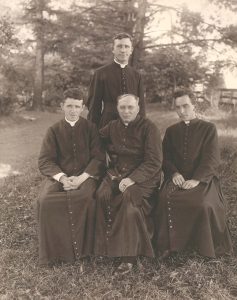